I don’t watch these people, NPR and a Pacifica radio station plus some FOX off of Youtube are all the legacy media I ever hear. Good thing, I nearly blow a gasket listening to a few minutes of NPR every now and then. Clear bias, an inability to state anything touching on Trump or his administration without a slant. Un-mistakable. Propaganda.

But the meme wars produce many concise statements of their flaws, many amusing. Or strategy, if you are a ‘conspiracy theorist’, and assume they know exactly what they are doing. The coordination of POVs for every story doesn’t happen because they all happen to chat over lunch at the deli. Gateway Pundit’s comment section, I find, have dozens of striking images. This is one of the tamer, more abstract, less vitriolic posters. Many have images of historical public hangings. Photoshopping skills appear to be improving, internationally : 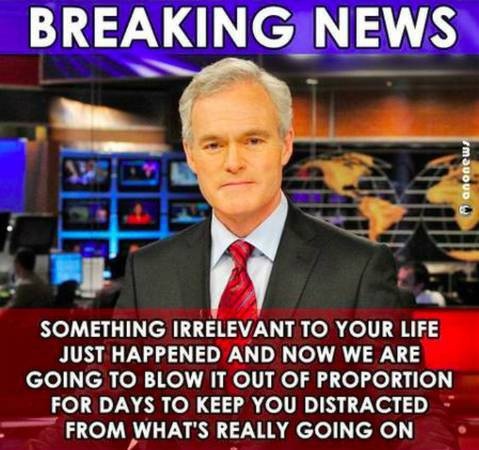 An appeal to the “loyal and honorable deep state’s higher duty, to their patriotism. Wow, WaPo is indeed the CIA’s house organ.

The Deep Black Swamp’s propaganda has begun the themes that make it OK to overthrow the properly elected leader of our nation, their proper higher calling, their Patriotism. This is not the only such, I have seen links to several like this. Coordinated by some centralized group, as all such campaigns are. That is exposing them.

Yes, I have been saying, so many will hang, it has to go to the next level.  First bombing campaigns blamed on a new version of the Weathermen, but really Gladio brought home, then a serious coup attempt.

Should our Deep Black Swamp actually accomplish this overthrow of Trump, shooting of elites from ambush will begin, sabotage and work stoppages will be endemic, cities will begin to have shortages of everything immediately. This will be the case even if Trump should have an ‘accidental death’, say his airplane falling from the sky.

Our elites don’t get it yet. Donald Trump was their last hope to live out a normal life, the last hope for the RNC to cling to vestiges of their power, federal, state and local. But the price is investigations, draining the Deep Black Swamp, loss of power, prestige and budget for many elements of our current government and their co-dependents among the elites and their corporations, public sector employees and retirees.

‘The populace’ is no longer the relatively uniform range of opinions that can be guided from the center that it was in the days when the current ruling elites formed their understandings of how things work. Their control of the media, so very apparent now to any person who attends, is no longer the asset it was, indeed is now a serious liability because believing your own propaganda is a quick path to failure.

Assume that the layer of people right behind Brennan-the-ass-kissing-front-man don’t believe their own propaganda. They do not believe their own propaganda, do not think a coup by force can ultimately win, the position of the cities vs the hinterlands in the US is far too un-balanced in favor of the hinterlands. Remember the Teamsters strike in 1970? A very small group of people required National Guard troops on every overpass on interstate highways to enable trucks to move, that despite the fact that the Teamsters were allowing food, medical supplies and beer to flow. The Teamsters were throwing rocks, not shooting rifles, not blowing up the overpasses, not sending armed contingents to disable every truck in every truck stop. Also, not derailing trains, destroying fiber optic links whose routes are well known, nor pipelines, ditto, etc.

That reality is known to them, but their House Organs, NYTimes, WaPo, CNN and all the other legacy media organizations are trying to convince everyone they can succeed in a violent coup against the hinterlands’ chosen President, one with wide and increasing support among minorities and people in the cities, their police and military forces.

Why, one should ask?

Because, in my opinion, this is the standard over-throw-a-government script the CIA has used around the world. They are the most experience people in the world at taking down governments. For them, this is simple social technology, it works.

Start with propaganda to make everyone believe the leadership is some variety of torturing authoritarian violently oppressing his valiant resisting people, followed by bombings and attacks, a strategy of tension, to condition the populace to the need to ‘do something’, to the abnormal that everyone wants to get back to normal. Produce shortages, upset, un-necessary deaths on the nightly news, … On and on, the tactics are of endless variety.

But, they depend on outsiders to do all this. Yugoslavia was not disrupted by Yugoslavians, Syria was not disrupted by Syrians, Libya was not destroyed by Libyans, the Ukraine, … although all of the outsiders attacked at the joints between the social, political and economic elements in each of those societies. In each of these, the outsiders are presented as insiders, elements of the normal political system, propaganda that works on the outside world, is absolutely not believed by the insiders.  That allows the support of the CIA to continue to flow.

The Deep Black Swamp keeps all that off the books, and even makes considerable $ for its own black budgets and insiders personal wealth, by running operations exchanging arms for X, drugs, girls, children, natural resources of all kinds.

So, in our own situation, USofA 1918, what are their resources, what can we expect next?

More of this cliff-hanger tomorrow, I have to get work done :

Robert Gore agrees their fear of prosecution for their criminality drives their increasing derangement. My critique of this is that all of these wars have been very profitable for the Deep Black State, e.g. Libya’s gold, oil and Khadaffi’s $250 of personal wealth in HSBC, not a hint of the disposition of any of that wealth anywhere I can find. Those wars were for private gain, not the public benefit of a better world as they claimed :

OK, there is a solid geopolitical strategy reason for being friendly with Russia, beyond the obvious “together we control 90% of the nuclear weapons”. But I hope that is not what is driving Trump. I think the China-Russia cooperation in developing that Asian corridor will be very good for the world, a positive-sum game we all will benefit from. And so what if the combination is one that determines the future of the world’s history, if that is a good-for-all history? Nobody is going to invade the US, what benefit would they achieve? And they can’t starve us of resources, we have land corridors and a large land mass also, 2 continents worth, in fact, and who starves a good customer?

Kissingers of the world are all negative-sum thinkers.  The problem with negative-sum games is, you can lose. Why take unnecessary risks?

Slowly, slowly, more and more prominent people grasp the reality driving events. If this continues, in 20 or 30 years, 9/11 may well begin having a political impact. Wildly optimistic, I suppose, but I can dream :

She told the truth, exactly why it is closed-door testimony, of course :

Another example of how the political ACTIONS of everyone are somehow controlled by our DBS. Nobody has assisted Assange in the slightest, despite him being one of the most important people in media. Now we hear that the US has put enough pressure on Equador that they may eject Assange. My country does many truly evil things in the world :

There are distinct cooling trends over the last few years in the US midlands and arctic, the climate debates have helped produce tools for better long-range forecasting :

Education should make more people appreciate the many skills necessary to have built civilization. That would produce humble people, who realize how little any one individual can know relative to all of those skills, book learning is a small part of civilization’s progress. It doesn’t, in fact the reverse, anti-humility :